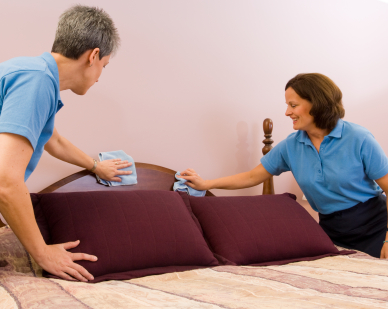 I am of the belief that Lean, Six Sigma and Quality have gone a long way in improving the quality of manufacturing operations and many service businesses as well. However, a recent trip to the ASQ World Conference on Quality and Improvement leads me to believe that there is still a lot of room for improvement in the travel services sector of the economy.

Things started off pretty well. I was pleasantly surprised to find that the price for covered parking at the Tucson International Airport had dropped from $6 per day to only $5 per day. The parking shuttle arrived before I’d even gotten my suitcase out of the car, and I arrived at the airport terminal with time to spare. Security at TIA also went smoothly, as did boarding. We pulled away from the gate and took off on time.

The San Diego airport, where I had a connection, had an unpleasant surprise in store. My plane arrived at gate #1 and my connecting flight departed from gate #3. Sounds good, right? However, it turns out that in San Diego if you arrive at gates 1 or 2 and depart from another gate, you must leave the secured area and get back in line to go through security again. To my knowledge this is an arrangement that’s unique to San Diego; I hope it doesn’t catch on at other airports. Of course, the same process would also apply if you arrived at a gate other than 1 or 2 and connected through one of these gates. Lean it ain’t!

We departed San Diego early and landed in St. Louis early. Despite that, we arrived at the gate in St. Louis late. Here’s how this happened. Our gate was in use by another plane. Fair enough, we were early after all and Lean practitioners know that Just-in-time is better than either early or late. However, when our scheduled arrival time came and went, we were still on the tarmac waiting for the gate. We continued to wait. Finally, an hour after our scheduled arrival time, we started deplaning the aircraft.

Where’s the luggage? It came, eventually. After everything was said and done, I left the baggage claim area 1 1/2 hours after we’d touched down in St. Louis.

I chose to ride the St. Louis Metro Link to the hotel. The train arrived on time, and it was clean. The ride to the station nearest the hotel was quiet and uneventful. I’d received directions from the hotel on how to get to the hotel from the station. They said “Exit the station, go left on 7th street, and the hotel is two blocks down the street on the left.” True enough, except that 7th street was completely blocked due to construction and had been for weeks. I eventually got to the hotel, but the two block walk was more like six.

The return trip went well all the way back to Tucson. In fact, my connecting flight from Las Vegas arrived at 4:10PM, 10 minutes early. This time the gate was open and we deplaned early. I entered the baggage claim area and waited with my fellow passengers for the luggage. At first the crowd was normal-sized, but after a while the area became quite crowded. Three flights had arrived at same time because two were late, by over an hour. After waiting 20 minutes and seeing nary a bag on the carousel, a Southwest Airlines agent announced that the next bags were from a flight from Denver. This seemed only fair since the poor folks from Denver were arriving 1 1/2 hours late. At 4:45 the last bag from the Denver flight was removed from the carousel. Unfortunately, there were still lots of Denver passengers waiting for their bags. I counted nine Denver passengers filling out claims for missing bags. (Luckily, the airport is a gun-free zone.) At 5:05PM I got my lone bag, 55 minutes from the time I deplaned.

None of these incidents is especially noteworthy. I did not complain to anyone at the airline or hotel, nor will I. This was, in fact, a better than normal travel experience for me. However, it’s a long way from perfect. Lean and Lean Six Sigma have a great deal to offer the hospitality industry to help them reduce errors and waste. The payoff will be customers who don’t have to wait, employees who don’t have to deal with unhappy customers and mistakes, and improved customer satisfaction and profitability. The companies that lead the way will reap the lion’s share of the benefits. The rest will play catch up, or go out of business. The manufacturing sector has already traveled this journey. The hospitality sector is just now taking their first baby steps. I hope they hurry!